The signs of colic in horses range from almost imperceptible in mild cases to extremely violent in severe cases.

The physical signs of colic that your horse may show can include :

Horses with colic will have a faster heart rate and higher body temperature than normal.

The horse will sweat, become restless, paw the ground, try to roll, get up and down several times, bite at its sides, kick at its belly, show a change in its manure, or fail to defecate.

Colic pain can be caused by several intestinal problems such as … 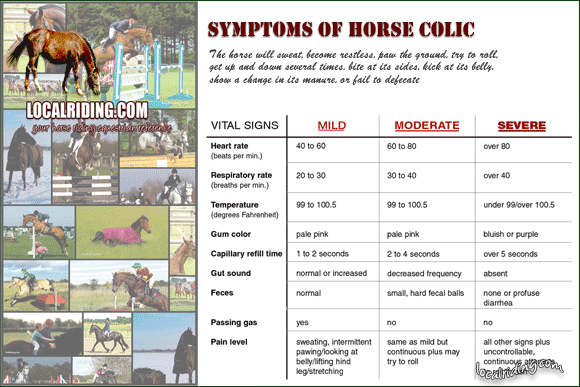 The symptoms of a serious colic are :-

The symptoms of mild colic include:

The most common visual signs of horse colic : 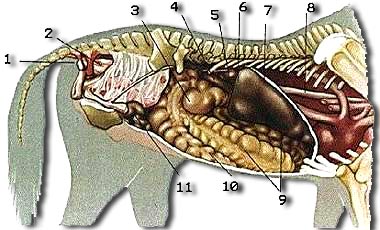 Equine Colic can be very serious, even life threatening for a horse. Read the other sections and ensure you recognise the signs and know what to do if ever have the unfortunate experience of having to deal with colic.