Port Royal is based in Holme on Spalding Moor. East Yorkshire, and is one of the best attended equestrian centres in the county. 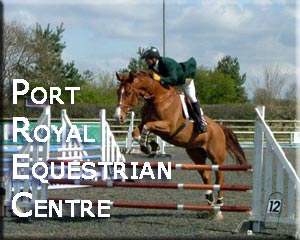 The centre hosts both BSJA and British Dressage competitions on a regular basis and also unaffiliated compeitions and clinics.

The Derby Ring being full grass where a full range of differing events are held over the summer season and the superb floodlit all weather surface enabling Port Royal to schedule events all year round.

There is a full Calendar of Events for 2013 and Summer season begins at Port Royal EEC on Fri 21st March 2008 Dates are now available in the Equestrian Events Calendar.

There is also on-site catering in the Café and large hard standing car and horsebox parking facilities.

Port Royal Show by: Shannon Pettinger
My friend went to your show yesterday and she came 3rd. She likes the bigger ring better than the small ring… :)