The key to the selective thoroughbred breeding process is the integrity of the breed’s records.

In the early days, Thoroughbred breeding records were sparse and frequently incomplete, it being the custom, among other things, not to name a horse until it had proved outstanding ability.

It was left to James Weatherby, through his own research and by consolidation of a number of privately kept pedigree records, to publish the first volume of the General Stud Book. 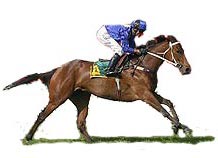 He did this in 1791, listing the pedigrees of 387 mares, each of which could be traced back to Eclipse, a direct descendent of the Darley Arabian; Matchem, a grandson of the Godolphin Arabian; and Herod, whose great-great grandsire was the Byerly Turk.

The General Stud Book is still published in England by Weatherby and Sons, Secretaries to the English Jockey Club.

Several years later, as racing proliferated in the fast-expanding continent of North America, the need for a pedigree registry of American-bred Thoroughbreds, similar to the General Stud Book, became apparent.

The first volume of The American Stud Book was published in 1873, by Col. Sanders D. Bruce, a Kentuckian who had spent almost a lifetime researching the pedigrees of American Thoroughbreds.

Bruce closely followed the pattern of the first General Stud Book, producing six volumes of the register until 1896, when the project was taken over by The Jockey Club.

The integrity of The American Stud Book is the foundation on which all Thoroughbred racing in North America depends.

Without assurance, beyond all reasonable doubt, of the identity of every Thoroughbred which competes, or which is bred with a view to continuing the breed, the sport of racing as it is known today, could not exist.

Nor would there be any possibility of measuring results of the centuries-old quest to improve the Thoroughbred.

When The Jockey Club published its first volume of the Thoroughbred Stud Book the foal crop was about 3,000.

By 1986 it exceeded 51,000 and The Jockey Club embraced new computer technology to meet the registration challenges posed by such large numbers.

Today, The Jockey Club manages one of the most sophisticated computer operations in the country. 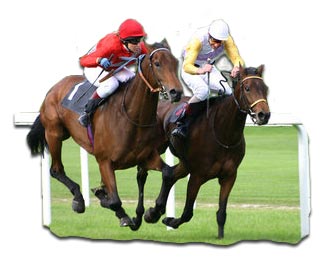 Its database holds the names of more than 1.8 million horses on a master pedigree file, names which trace back to the late 1800’s.

The system also handles daily results of every Thoroughbred race in North America, as well as processing electronically-transmitted pedigree and racing data from England, Ireland, France and other leading Thoroughbred racing countries around the world.

Further giant strides in improvement of the integrity of the Stud Book came in 1977, when The Jockey Club, taking advantage of medical science advances, took the first steps of an extensive blood-typing program.

Today every Thoroughbred foal registered in The American Stud Book, and its sire and dam, is blood-typed to insure parentage verification.

Guardianship of The American Stud Book is a responsibility of The Jockey Club, almost as old as the very tradition of racing in North America. But its implementation involves some of the most sophisticated developments of the modern technological era.

In 1970, master equine artist, Richard Stone Reeves, was commissioned by the Thoroughbred Record magazine to paint The Perfect Horse. 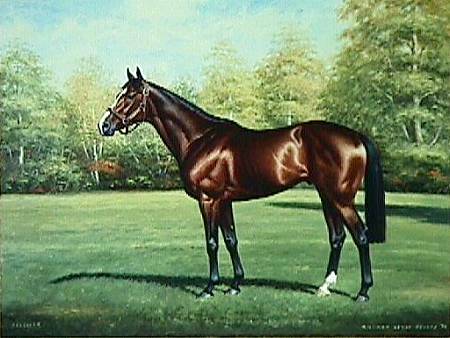 After more than 20 years of painting horses all over the world; wrote Reeves, it took a lot of reflection to pick the best head and neck, the finest shoulder, etc., and, in the end, it all only amounts to one man’s opinion.

Because in the final analysis, no dictatorial rule can ever define that arrogant yet beautiful combination of power and fluid action which is a Thoroughbred horse in motion.