Thoroughbred horse breeding originated in England and the term Thoroughbred describes a breed of horse whose ancestry traces its line back to three foundation sires.

The development of the Thoroughbred breed began during the mediaval crusades.

During the crusades English knights bred and used heavy horses as they had the strength and stamina to do hard work and carry a man in full armour.

However, the lighter horses of the Middle East were bred for both stamina and speed, without the need to carry all that weight.

The descendants of the original three sires were bred and then crossbred to create a horse that had stamina, was very fast and was still strong. 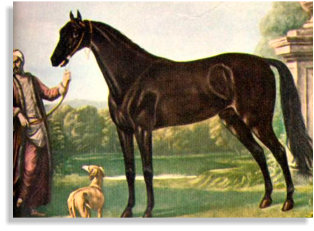 He rode this stallion through the remainder of his Crusade and then brought it home to England.

He began breeding the horse with native mares and the horse lived for six more years, siring many important horses and becoming the greatest contributor to the Herod line of thoroughbred horse breeding along with Highflyer the son of Herod.

The stallion is entered in the studbooks as Byerly Turk, the last ‘e’ being accidentally omitted. 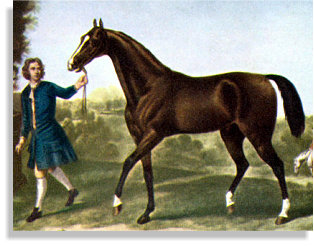 In 1704 Thomas Darley shipped a stallion to England from Aleppo.

He began selectively breeding this stallion to some of the native racing mares and the first great racing horse was born, Flying Childers.

The Darley Arabian was the greatest contributor to Eclipse and ninety percent of all of the registered Thoroughbreds can be traced back to Eclipse. 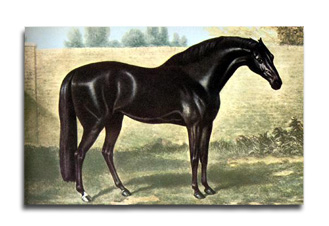 The third foundation sire was the Godolphin Arabian.

He was brought to England in 1728 by Lord Godolphin.

Most of the Matchem line can be attributed to him. 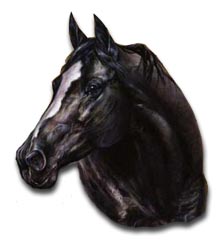 Almost all of this selective breeding was for one purpose, to produce the fastest horse on a racetrack.

Thoroughbred horses were shipped to America almost with the first settlers and Governor Samuel Ogle established racing competitions in Annapolis in 1745.

From then on a selective breeding process began in America which has been going on for more than 250 years, breeding the best stallions to the best mares, with proof of superiority and excellence established on the race track.