Scottish Equestrian Facilities and the pleasure of riding horses in Scotland. From horse riding holidays, to riding schools, pony clubs and where you can find horse shows, equestrian events, stabling, horse tack and equestrian clothing.

Discover the real pleasures of Horse Riding in Scotland.

Scotland is a country of wide open spaces, with a relatively small population and excellent access to good horse riding and other equestrian pursuits.

Imagine riding through fields of heather or wide valleys bordered by Lochs and Mountains, or rich grassland steeped in Scottish history.

Equestrian facilites & equestrian events like the annual Eglinton horse trials, the one day event at Barskimming estate in Ayrshire, the British Eventing venue at Blair Castle and the Royal Highland Show are particularly popular. 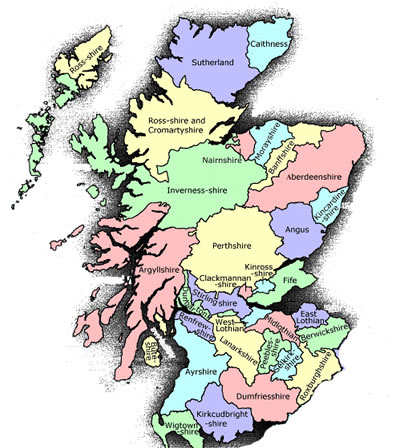 Scotlands best assets are its people and its landscape. Although a wee dram helps on a cold day.

There are few horse breeds native to Scotland and the hardy highland pony is probably the only well known breed for many equestrians.

However, the Clydesdale breed of heavy draft horse was developed in the early nineteenth century by farmers in the Lanarkshire (previously Clydesdale) district of Scotland.

The Clydesdale horse was bred to meet the agricultural needs of the local farmers.

It also met the demands of commerce for the coalfields of Lanarkshire and for all types of heavy haulage on the streets of Glasgow. 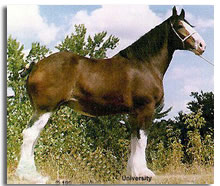 The breed developed a fine reputation and use of the Clydesdale breed soon spread throughout the whole of Scotland and northern England.

However, most traditional horse breeds are used for casual horse riding in Scotland and for ridden tuition.

Thoroughbreds, arabians, hanoverians and warmbloods are all popular.

The Scottish Horse Show is held in August each year with around 110 classes in nine rings.

In 2007 it had the most ‘Horse of the Year Show’ qualifiers offered at any one day show.

The Scottish Horse Show attracts over 1100 entries from about 400 exhibitors from all over Britain.

Around twenty of the top names in the equestrian judging world will be on duty at the Scottish Horse Show.

A 91-kilometre (57-mile) 4-day route through the open and varied countryside of the Scottish Borders, across rolling hillsides, along private riverside tracks and peaceful bridleways. For more information, contact the Scottish Borders Tourist Board. The route can be ridden over 3 or 4 days, or can be divided up into 7 smaller routes. All routes are marked with a white horseshoe on a blue background.

A route made up of 4 separate circular routes of between 16 and 24 kilometres (10 and 15 miles) each, over 96 kilometres (60 miles) in total, the Tyne Esk Trails will take you through the beautiful Mid-lothian countryside, with some interesting historic sites thrown in for good measure.

Several marked routes offer a mind-blowing horse riding experience; scale the heights of the Scottish Highlands, amidst some of the most dramatic and rugged scenery in the UK.