Known as the “Heart of Dixie”, Alabama is located in the southeastern portion of the U.S., between Mississippi and Georgia. Its capital is Montgomery and its largest city is Birmingham.

The Native American people who once lived in Alabama were the Alibamu, Cherokee, Chickasaw, Choctaw, Creek, Koasati, and Mobile.

Alabama is officially classified as having a “humid subtropical” climate, with an average temperature of 64 degrees Fahrenheit (18 degrees Celsius).

Because of this pleasant weather, horse riding in Alabama is enjoyable all year-round. In addition, Alabama has a multitude of national parks and forests, as well as lakes, rivers, and countryside; all of which provide the perfect setting for horseback riding.

Types of Horses in Alabama

As mentioned, Alabama has many types of horses available for equestrian use.

Some of these breeds of horses include Appaloosas, Paint, Arabian, Holstein, Palomino, Quarter Horse, and Pinto. 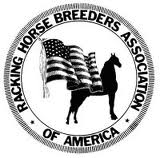 The Racking Horse is one of the state symbols adopted by Alabama. It is a horse breed derived from the Tennessee Walking Horse and was recognized by the USDA in 1978. It is known for its distinctive singlefoot gait.

After choosing a preferred horse breed, a rider can select from a great variety of trails available for horseback riding in Alabama.

However horse riding in Alabama is not limited to trail riding; there are also many different equestrian events and competitions available for riders all year long.

Because of Alabama’s mild average temperatures, its beautiful national parks and forests, its plentiful trails, and its varied equestrian centers, there is no wonder that horse riding in Alabama is so popular.

The novice horse rider can find information and education in nearly any part of the state. Additionally, more experienced equestrians can take part in shows and competitions all year long. These plentiful options ensure that horseback riding will continue to be a favorite pastime for both residents and visitors of Alabama.

If you offer horse riding or other equestrian services in Alabama and you’re not in the above list, be sure to Submit Your Details to our Alabama Section.