Our collection of interesting informative and fun horse facts

Horse riding can take up to several hours of every day.

Learning basic horse facts and figures as well as the more fun and interesting ones is often placed on the back burner or never considered important. 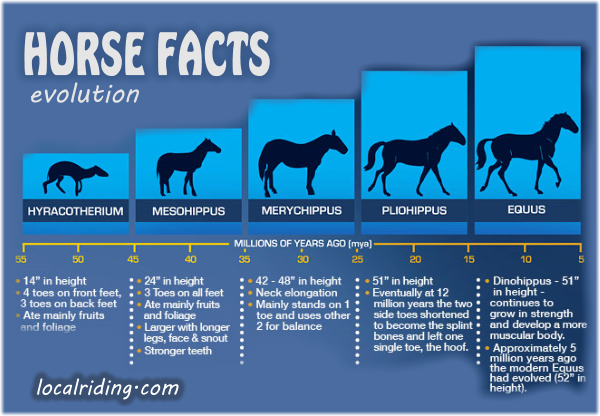 The following bulleted lists are for those too busy to stick their nose in a four hundred page book …. enjoy.

Basic Horse Facts … The things every horse owner should know

The oldest winning thoroughbred racehorses are ;

The smallest horse breed is the Falebella miniature horse of Argentina.

Classification of the Horse … How Science Classifies The Equine

Inside your horse … that powerful heart and other organs

All horses, regardless of when they were actually born, are considered to have a common birthday of January 1; which is one reason why most horsemen and equine breeders don’t want their foals to be born late in the year.

Even if a foal, colt or filly, is born on December 31st he or she will have their first birthday the very next day.