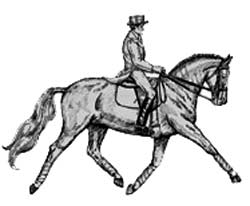 She finished third in the team test with 76.638% a personal best and the highest mark a British rider has ever achieved in an international grand prix.

Emma Hindle became the first British rider to win two team medals, having been part of the 2003 bronze team at Hickstead.

She was last to go and needed her mount Lancet to produce a 71% test to get silver. She finished with 72.9%.

Carl Hester produced a personal best with Liebling of plus-72% ensuring the British Dressage team had a chance of securing silver.

However Germany put up a fight, finishing just 2.45% behind in bronze poisition.

All four British riders, including Maria Eilberg who finished 27th go through to the grand prix special as do the top 30 dressage riders.