The St George’s Cross is a red cross on a white background. It is the English national flag.

It became the national flag of England in about 1277 but St George’s Cross was originally the flag of Genoa and was adopted by England and the City of London in 1190 in order for English ships entering the Mediterranean to benefit from the protection of the powerful Genoese fleet.

The maritime Republic of Genoa was rising and about to become, together with Venice, one of the most important powers in the world. The English
Monarch paid an annual tribute to the Doge of Genoa for the privilege of flying the flag. The cross of St George would eventually become the official Flag of England.

The red cross acted as a symbol for many Crusaders in the twelfth and thirteenth centuries It became associated with St George and England, along with other countries and cities (such as Georgia, Milan and the Republic of Genoa), which claimed him as their patron saint and used his cross as a banner.

The St George’s Cross remained in national use until 1707.

When the Union Flag (also known as the Union Jack) that English and Scottish ships had used at sea since 1606, was adopted to unite the whole of Great Britain under a common flag.

The arms of England are gules, three lions passant guardant or.

The earliest surviving record of their use was by Richard I (Richard the Lionheart) in the late twelfth century.

Since union with Scotland and Northern Ireland, the arms of England are no longer used on their own.

Instead they form a part of the conjoined
Royal coat of arms of the United Kingdom. 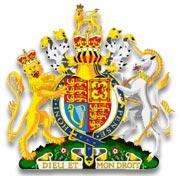 However, both the Football Association and the England and Wales Cricket Board use logos based on the three lions.

In recent years, it has been common to see banners of the arms flown at English football matches, in the same way the Lion Rampant is flown in Scotland.

In 1996, Three Lions was the official song of the England football team for the 1996 European Football Championship. 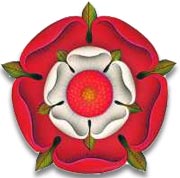 In doing so he created the Tudor rose, conjoining the White Rose of York and the Red Rose of Lancaster. 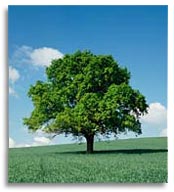 The Oak tree forms an often-repeated motif because it is so distinctive: its shape, acorns, oak-apples, the reddish tinge of the leaves in early spring, the instantly-recognisable scalloped leaves, and its repeated place in English history.

After the second battle of Worcester in 1651, the most famous specimen in England was the Boscobel oak, in which the defeated prince Charles Stuart hid to escape the Commonwealth soldiers. The oak, became a symbol of Royalism and the return of monarchy with Charles’s English coronation in 1661.

The Palace of Westminster

The Palace of Westminster, stands on the site where Edward the Confessor had the original palace built in the first half of the eleventh century.

In 1547 the royal residence was moved to Whitehall Palace, but the Lords continued to meet at Westminster, while the commons met in St. Stephens Chapel. Since these early times the Palace of Westminster has been home to the English Parliament, now known collectively as the Houses of Parliament.

In 1834 a fire destroyed much of the old palace, all that remained was the chapel crypt, The Jewel Tower and Westminster Hall. Lord Melbourne, the then Prime Minister, saved the great hall by arranging for the fire engines to be brought right into the hall and personally supervising the fire fighting operation.

The new Palace was constructed during 1840 and 1860 in the Gothic style of architecture.

The Big Ben clock-tower is 316 feet tall. The clock itself weighs over 13 tons. The figures on the clock face are about 2 feet long, the minute spaces are 1ft. square; and the copper minute hands are 14ft long.