Most cross country courses include various types of cross country obstacles used in equestrian eventing and we thought a few pointers on how to deal with them would come in handy.

Modern eventing competitions include a wide variety of cross country obstacles and, as event riders are becoming better and better, the course designers are incorporating more and more unusual obstacles and decoration.

However, the basic obstacle types remain the same and most if not all, cross country obstacles can be categorised under one of the following types.

Arrowhead fences are cross-country obstacles found in eventing. They require a great deal of accuracy, due to their narrowness. As their name suggests, they are triangular-shaped fences built with the "point" to the ground. They are rarely wider than a few feet.

A brush fence is an obstacle in cross-country and steeplechase events, as well as in steeplechase racing courses. 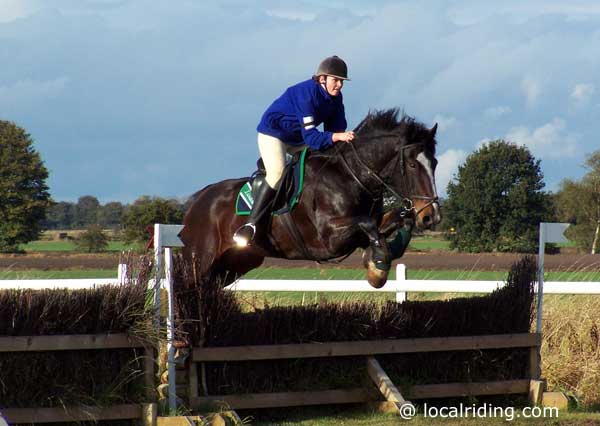 Banks are steps up or down from one level of land to another. There may also be a "staircase" of banks to be ridden up or down.

Both types of bank require the rider to be centred directly over her horse. On drops, the rider slips the reins, to allow the horse freedom of the head and neck, and sits backward, keeping their heels out in front, to absorb the shock of landing

The bullfinch is a type of cross-country fence seen in eventing. It is made up of a solid base, with bush on top that is several feet high and is meant to be jumped through, rather than over.

A combination may include all sorts of logs, banks, water, and ditches and an obstacle becomes a combination when two or more fences are placed within 1 to 3 strides of each other. 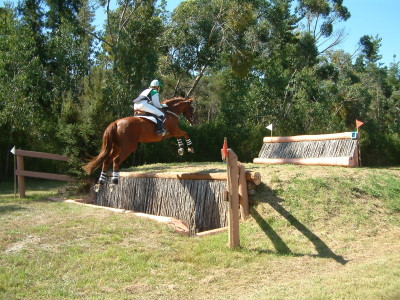 Combinations are regularly included and the good cross-country course designer knows how to manipulate the distances and the types of obstacles to make them more difficult.

A corner can also be called an apex, and is regularly seen on the cross-country phase of eventing. 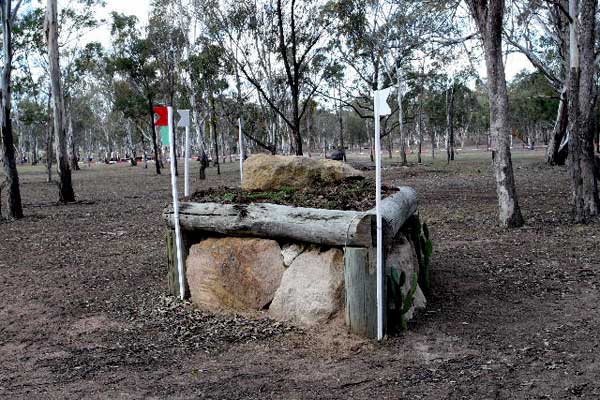 Ditches are commonly seen on cross country courses at all levels, and may be up to 11’10" wide at the advanced four-star level. 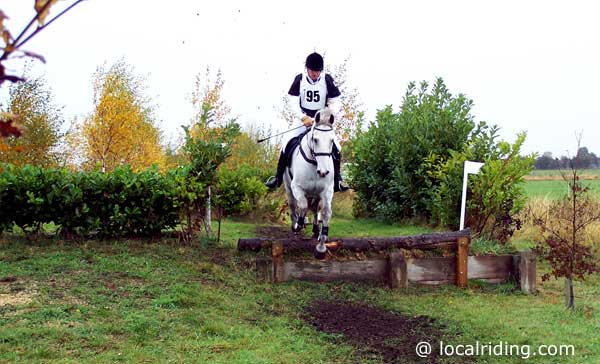 A drop fence is a common obstacle on cross-country courses. It is a bank-style jump with a log fence at the take-off, requiring the horse to jump the fence then land a step lower than the take-off.

Log built fences and obstacles can include verticals, oxers, triple-bars and log piles. They present a quite natural picture to the event horse and a solid but quite intimidating obstacle.

A roll top is a cross-country jump with a rounded half-barrel appearance. 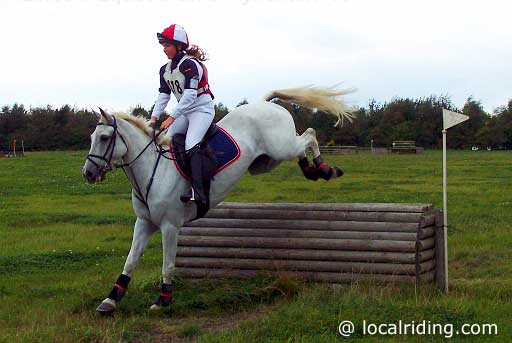 Roll-tops can be quite wide at the upper levels and generally demand respect from the horse, but are often not considered a "scary" fence for horses.

A sunken road is normally found on large cross-country courses. It is a combination type fence involving banks and rails.

The trakehner is found on most cross country courses. It consists of a rail over a ditch. The ditch can be frightening for the horse and so, is a test of bravery. 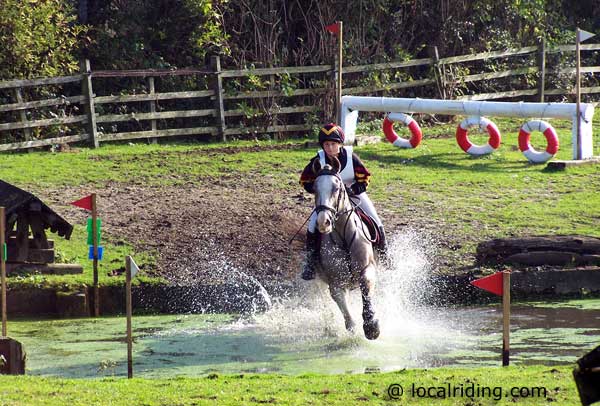 Water is a popular inclusion on the cross-country course and a water complex can be as simple as a water crossing, or a complicated combination involving several jumps into and out of the water.

Water is often a challenge on the cross-country course, and there are usually several riders at the large events who get "an early bath" at the water complex