Classical riding is primarily concerned with the acquisition of a classical seat. A balanced, deep and feeling seat.

In this context your "seat" includes the seat bones, pubic arch, thighs, lower back and very importantly the abdominal muscles.

The classical dressage rider needs to be fit to ride and to develop excellent abdominals and a subtle but firm touch.

Classical riders develop wonderfully light, responsive horses because they ride from their centre.

The horse is ridden from the seat first, then the legs and into the hands.

"The hands receive what the leg puts into them – no more, no less"Dr Thomas Ritter

The emphasis is on you, the rider, to learn about your own body and how even slight variations in the way you hold yourself affect the way your horse moves beneath you. 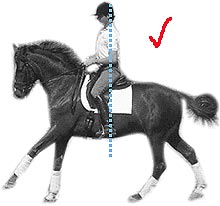 In Classical Riding much is made of the position of the pelvis and seat bones and the use of lumbar and abdominal muscles.

You learn that you don’t follow the horses movement you lead it, and to be able to lead it, you have to know that the classical seat and weight of the rider must be correct; and it has to move at the right time.

There is a continuing tradition of classical horsemanship

This started with Federigo Griso in Italy during the Renaissance and was taken to France by Pluvinel in the early 17th century. This continued in Germany and Austria after the French Revolution. 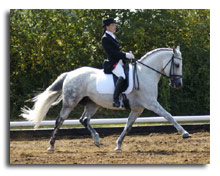 There is also a separate movement that was started by Francois Baucher.

The first edition of his book appeared in 1842, and there is an entire riding tradition that is based on his teachings, which are often referred to as French (Classical) Dressage.

The main difference between German dressage and Baucherism is that in the German style, the entire horse is worked in motion, whereas in the French style, the individual body parts of the horse are flexed at the halt first, before the horse is allowed to move off.

The Baucherised horse is often extremely overflexed in an attempt to obtain lightness. Especially in the earlier stages of Baucherism, the effet d’ensemble plays an important role. That is, a simultaneous continuous application of driving and restraining aids at the halt, aimed at immobilizing the horse and getting him to tolerate spur pressure and bit pressure at the same time. 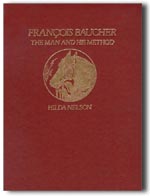 It is Baucher’s way of obtaining total submission – often at the expense of impulsion. In the later stages the effet d’ensemble plays a smaller role and the complete separation of the aids takes over.

The later training period is when the famous "hand without legs, legs without hand" is created.

By keeping the aids strictly separate and isolated, he hoped to achieve greater clarity in their application.

Baucherism can be confusing and it has become a bit of a fad in the UK, as it promises lightness, where German style dressage is commonly known as riding in resistance.

There are very few people who are truly educated in Baucherism and who can really teach it.

It is, therefore, very difficult to obtain a fair impression of what the Baucher method can do.

Most dressage riders who dabble in it understand neither classical German dressage nor Baucherism, and probably don’t do either method justice.