A well rounded Show jumper should have developed a good Bascule

In the bascule, your horse has to develop an open rounded jumping position, to allow it to gain maximum stretch and reach. But only for high showjumps, a beautiful bascule is no good for jumping at speed over steeplechase jumps.

The bascule is the natural round arc your horse’s body takes as he goes over a jump.

The horse should rise up through his back, stretching his neck forward and down, when he reaches the peak of his jump.

This is often described as the horse taking the shape of a dolphin jumping out of the water, with the horse’s back up, and its head reaching forward and down over the fence.

The Importance of the Bascule 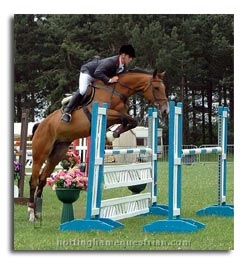 The hollow backs that typically accompany a horse with little or no bascule to his jump tend to prevent the horse from lifting his forearms very high, preventing the tucking motion his front legs need to jump clear.

Most naturally talented showjumpers have a good bascule.

However, there are several very athletic horses that can jump great heights with considerably poor bascule, due to sheer power. 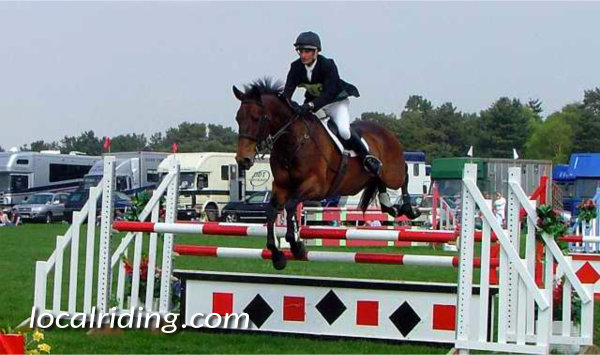 Good bascule is an important trait for all jumping horses, as it helps them to be more athletic over a jump and thus jump higher.

Developing a good bascule is desirable in eventing and show jumping horses, but is absolutely essential in a show hunter as it’s one of the main qualities that a judge will look for in the horse.

Training Your Horse for the Bascule

Good training can help to develop a horse’s bascule to its fullest potential, but overall trainers are limited in how much they can train a bascule into a horse.

In the case of the steeplechase fence, it is detrimental for the horse to have a powerful, round jump, because it takes more time (which is not good in a race or timed event) and more energy out of the horse.

In general, a horse with a very poor bascule will never be a top-class showjumper, regardless of the amount of training he or she has