Learn about Scotland before Riding in Scotland. A few notes on Sottish history, Scottish heritage and the stunning Scottish landscape.

Scotland comprises the northern third of the United Kingdom of Great Britain and Northern Ireland, which lies off the coast of north west Europe

Scotland’s total land mass is 78,772 km² (30,414 mi²) and its only land border is with England. The border runs for 96 kilometres (60 miles) between the River Tweed on the east coast and the Solway Firth in the west. 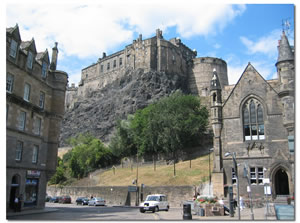 The Atlantic Ocean borders the west coast and the North Sea is to the east. The island of Ireland lies only 30 kilometres (20 mi) from the south western peninsula of Kintyre.

The geographical centre of Scotland lies a few miles from the village of Newtonmore in Badenoch, far to the north of the modern population heartlands.

Scotland is famous for many things including malt whisky, tartan, stunning landscapes, the haggis, Robert Burns and the fighting regiments and Clans of Scotland.

Scotland has a long military tradition that predates the Act of Union with England. 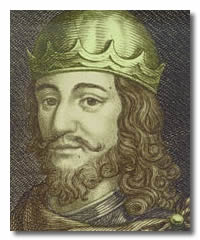 The scottish armed forces now form part of the British Armed Forces, with the notable exception of the Atholl Highlanders, Europes only legal private army. In 2006, the regiments of the Scottish Division were amalgamated to form the Royal Regiment of Scotland.

Scotland’s most famous military leader was Robert the Bruce whose decisive victory over the English at Bannockburn was a defining moment in Scottish history. He firmly established the Bruce dynasty and the independence of the Kingdom of the Scots in 1645.

The Scottish regiments of the british army have a long and illustrious career and have fought in many campaigns. They are reputed to have been
the backbone on which the British Empire was built and a military career was once uppermost in the choices of the young men of Scotland.


Over the course of many centuries, an amalgamation of various traditions has moulded the culture of Scotland.

There is a robust arts scene, with both music and literature heavily influenced by Scottish sources and a variety of national media outlets.
Several Scottish sporting traditions are unique to the British Isles, and co-exist with more popular games such as Football and Rugby.


Scottish music and literature is a significant aspect of Scottish culture.

The traditional Scottish instrument is the Great Highland Bagpipe, a wind instrument consisting of one or more musical pipes which are fed continuously by a reservoir of air in a bag.

The Clàrsach, fiddle and accordion are also traditional Scottish instruments, the latter two heavily featured in Scottish country dance bands. Scottish emigrants took traditional Scottish music with them and it influenced early local styles such as country music in North America. Today, there are many successful Scottish bands and individual artists in varying styles.

The poet and songwriter Robert Burns wrote in the Scots language, although much of his writing is also in English and in a light Scots dialect which is more accessible to a wider audience.


Similarly, the writings of Sir Walter Scott and Arthur Conan Doyle were internationally successful during the late 19th and early 20th Centuries.

J.M. Barrie introduced the movement known as the “kailyard tradition” at the end of the 19th century, which brought elements of fantasy and folklore back into fashion. This tradition has been viewed as a major stumbling block for Scottish literature, as it focused on an idealised, pastoral picture of Scottish culture. Some modern novelists, such as Irvine Welsh (of Train Spotting fame), write in a distinctly Scottish English that reflects the harsher realities of contemporary life.

The national broadcaster is BBC Scotland (BBC Alba in Gaelic), a constituent part of the British Broadcasting Corporation, the publicly-funded broadcaster of the United Kingdom. It runs two national television stations and the national radio stations, BBC Radio Scotland and BBC Radio nan Gaidheal amongst others. The main Scottish commercial television stations are STV and Border Television. National newspapers such as the Daily Record, The Herald, and The Scotsman are all produced in Scotland. Important regional dailies include The Evening Times and the Glasgow Herald; the Courier in Dundee; and The Press and Journal serving Aberdeen and the north.

The Old Course at St Andrews.

Sport is an important element in Scottish culture, with the country hosting many of its own national sporting competitions, and enjoying independent representation at many international sporting events such as the FIFA World Cup, the Rugby World Cup and the Commonwealth Games (although not the Olympic Games).

The Fife town of St. Andrews is known internationally as the Home of Golf and to many golfers the Old Course, an ancient links course dating to before 1574, is considered to be a site of pilgrimage. There are many other famous golf courses in Scotland, including Carnoustie, Gleneagles, Muirfield and Royal Troon.

Other distinctive features of Scotlands national sporting culture include the Highland games, curling and shinty.


Scotland played host to the Commonwealth Games in 1970, again in 1986 and did so again in 2014, hosting a very successful games in Glasgow.