England is the largest and most populous constituent country of the United Kingdom of Great Britain and Northern Ireland and is located to the north-west of mainland Europe.

Its inhabitants account for more than 82% of the total population of the United Kingdom, whilst the mainland territory of England occupies most of the southern two-thirds of the island of Great Britain and shares land borders with Scotland to the north and Wales to the west.

Elsewhere, it is bordered by the North Sea, Irish Sea, Atlantic Ocean, and English Channel.

England became a unified state during the 10th century and takes its name from the Angles, one of a number of Germanic tribes who settled in the territory during the 5th and 6th centuries.

In 1999, there were around 965,000 horses in England with 900,000 privately owned and 65,000 professionally owned.British Equestrian Trade Association England ranks amongst the world’s most influential and far-reaching centres of cultural development.

It is the place of origin of both the English language and the Church of England, and English law forms the basis of the legal systems of many countries.

In addition, the nation was the historic centre of the British Empire, and was also the birthplace of the Industrial Revolution. 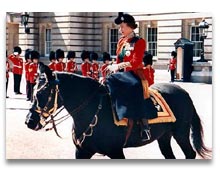 Traditional English horse breeds are many and varied.

Native breeds range from the statuesque Suffolk Punch and magnificent Shire, right down to the Dartmoor, Exmoor and New Forest ponies 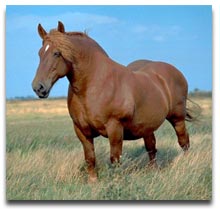 Other breeds inlcude : Dales and Fell ponies, Cleveland Bay, English Thoroughbred, The Hunter, Hackney and many others.

The majority of horses are used for pleasure riding or for competing in local competitions with Welsh Section C and D’s, Thoroughbreds, Arabians, Hanoverians and warmbloods being ever popular.

However, most riders own cross-breeds of one type or another.